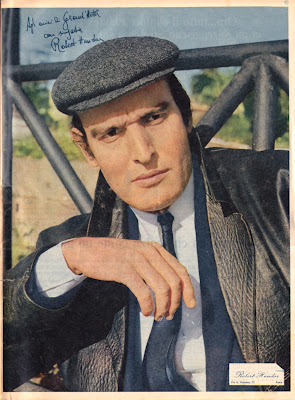 The above autographed photo of actor Robert Hundar was originally printed in Grand Hotel issue No. 1030 (published March 19, 1966).


Italian actor Robert Hundar was born in Sicily on January 12, 1935 as Claudio Undari, and is fondly remembered as one of Italian cinema's most memorable bad guy actors of the 1960s and 70s.

Claudio Undari made his film debut with a supporting role as an evil centaur in the peplum adventure Goliath and the Dragon (1960) starring American muscleman Mark Forest as Goliath. Soon afterwards, Undari changed his name to the more American-sounding Robert Hundar, and stuck to this pseudonym for most of his long-running career.

The genre with which Hundar is most closely identified is no doubt the western. He got his first leading role in Antonio Del Amo's fairly obscure western Son of Jesse James (1965), and would go on to star in three further westerns: Maurizio Pradeaux's Ramon the Mexican (1966), Joaquin Romero Marchent's 100.000 Dollars for Lassiter (1966) and Tulio Demicheli's Dakota Joe (1967) - playing the title characters in each of them.

But it was first and foremost as a villain that the tall and menacing-looking Hundar would make lasting impact in the spaghetti western genre - appearing in such memorable efforts as Gianfranco Parolini's Sabata (1969), Mario Caiano's The Fighting Fists of Shanghai Joe (1972), Joaquin Romero Marchent's Cut Throats Nine (1972), Joe D'Amato's Cormack of the Mounties (1975) and Michele Lupo's California (1977). As the western fad gradually died out, Hundar switched to playing bad guys in other genres - popping up in crime/police thrillers such as Free Hand for a Tough Cop (1976) and The Cynic, the Rat & and the Fist (1977), both directed by Umberto Lenzi, and in two of Alfonso Brescia's wacky but enjoyable space operas: Star Odyssey and The Beast in Space (both 1978).

After 1980, Robert Hundar's career slowed down and he only made sporadic film appearances - his final role being a supporting part in the drama Ponte Milvio (2000). He died in Rome on May 12th, 2008, at age 73.


To round off, here are a few screenshots to demonstrate the many different roles played by this excellent actor: 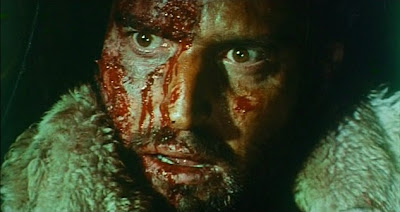 Another bad guy role in Umberto Lenzi's awesome The Cynic, the Rat & the Fist 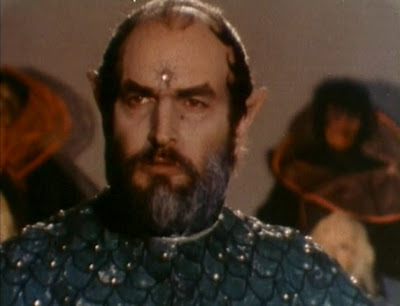 I agree! He was a very good actor. A great villain but he was also able to play others role if given the chance.