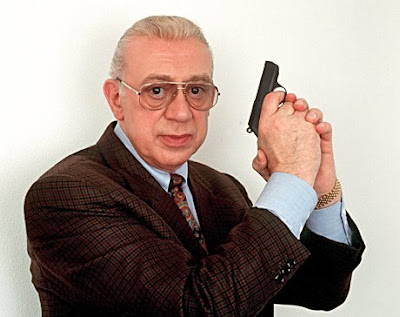 It is with great sadness I note that beloved German actor Horst Tappert passed away on December te 13th at the age of 85.

Horst Tappert began his film career in the late 1950s and fans of European cinema will fondly remember Tappert for his performances in a series of Edgar Wallace krimis in the late 1960s - beginning with a supporting role in The Horror of Blackwood Castle (1967) and then graduating to leading player; portraying Scotland Yard Inspector Perkins in both The Gorilla From Soho (1968) and The Man With the Glass Eye (1969). 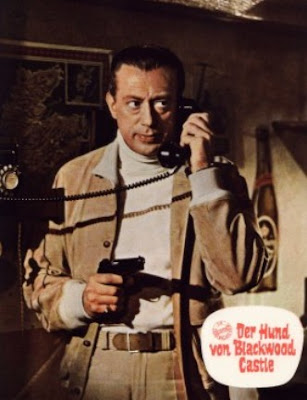 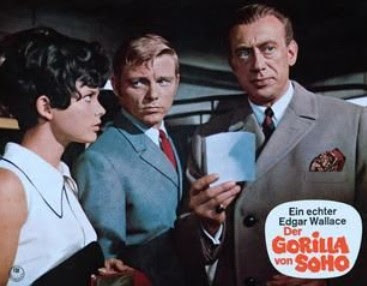 Horst Tappert also acted in three German/Spanish co-productions directed by prolific Spanish cult-director Jess Franco: She Killed in Ecstacy and The Devil Came from Akasawa (both 1971) alongside Franco starlet Soledad Miranda, and then finally in the bizarre but stylish and enjoyable crime-thriller The Corspe Packs His Bags (1972). 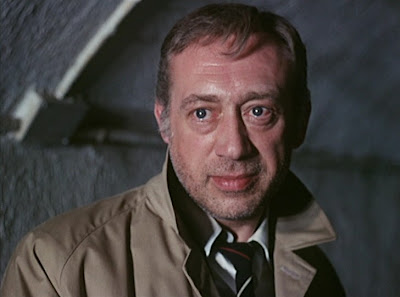 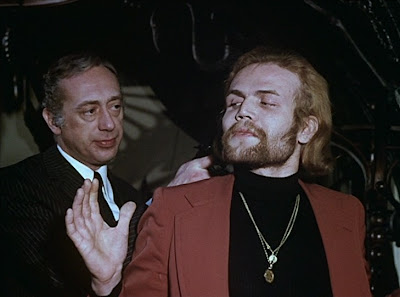 Tappert in The Corpse Packs His Bags

But it wasn't until two years after The Corpse Packs His Bags that Tappert would land the role that we all know and love him for; that of Oberinspektor Stephan Derrick in the long-running German detective TV series Derrick, which ran for a 281 episodes from 1974 to 1998. 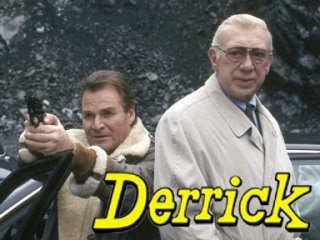 Derrick became a phenomenally popular series and has been broadcast in 108 countries - Italy, France, Japan, China and Norway being some of the countries in which the show was particularly successful. It's somewhat of a mystery just how a show like Derrick managed to become such a huge hit all over the globe and I'm not going to try and guess. I will, however, take the time to discuss my own memories of Derrick - from a Norwegian standpoint. I remember Derrick very well from my younger years as the show used to air every Friday. Back in the 1980s, there was only one single TV channel in Norway and crime shows were only shown Friday nights so it goes without saying that Derrick really reached out to the Norwegian TV audience and made Horst Tappert a household name. It was always a rather innocent and not very violent series but even as new TV channels emerged and crimes shows were being aired all day of the week, Derrick still remained popular with Norwegian viewers; having long since achieved cult status.
Horst Tappert's popularity was also helped by the fact that he was always an outspoken friend of Norway. He and his wife, Ursula, frequently vacationed in Norway; having bought a cabin in Hamarøy in 1990. He also met with King Harald and Queen Sonja of Norway when they were visiting Germany in 1994. 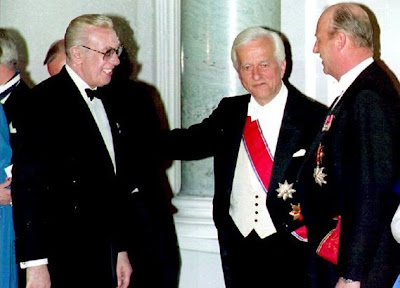 In 2002 Tappert won the Norwegian-German Willy Brandt Prize, which is handed out annually by the Willy Brandt Foundation, named for the former German chancellor who had a Norwegian wife and helped rebuild ties between the countries after the war. Tappert won the prize for having given Germany a human face in Norway after WW2.
So I've been aware of Horst Tappert since my early childhood but back then I only thought of him as Derrick. I basically knew nothing about his earlier acting career and I still remember how stunned I was when - years later - I found out he had been in Jess Franco films! Seeking these films out turned out to be very worthwhile and it really allowed me to see a whole new side of Tappert. The Corpse Packs His Bags, in particular, is a great Jess Franco film and it boasts what is now one of my favorite Tappert performances. In stark contrast to the Derrick character, Tappert plays somewhat of a bad guy character here - at one point he actually ties up his co-star (the chic German actress Barbara Rütting), soaks her in liquor and lights a match; threatening to set her ablaze unless she gives him the information he wants. Such brutal behavior is not what most people will associate with Horst Tappert but he pulls it off convincingly. 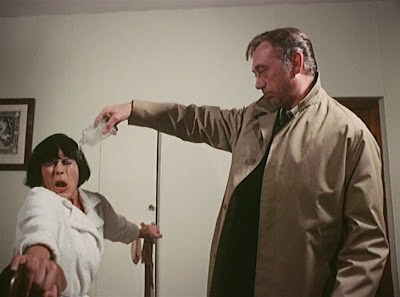 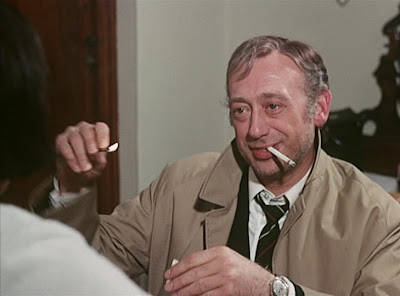 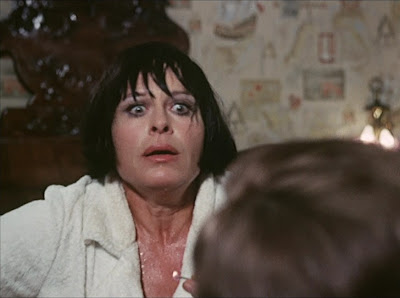 Tappert shows his mean side

It's sad that this great, legendary cult actor is no longer with us but Horst Tappert will live on in our hearts forever through the many great memories of his work as Derrick, and in the Edgar Wallace krimis and Jess Franco Films. 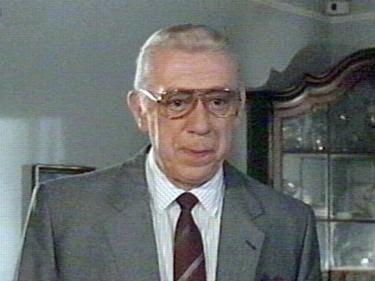