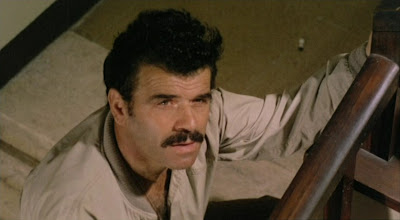 It is with much sadness I note that prolific Italian actor Gaetano "Tano" Cimarosa passed away on May 24th at age 86.

Cimarosa had a long-running acting career in Italian cinema. He made his film debut in 1963 and is argueably best remembered for his memorable turn in Renato Polselli's crazy giallo Delirium (1972), where he played a shady murder suspect who sets out to prove his innocence. 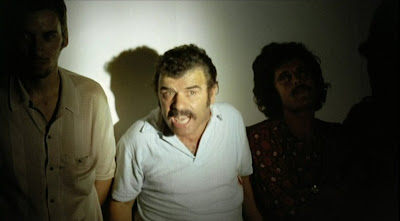 Tano Cimarosa as the murder suspect in Delirium 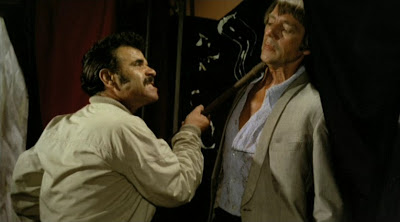 Another - earlier - memorable performance by Cimarosa was in Camillo Bazzoni's enjoyable WWII action flick Suicide Commandos (1968), where he played a bitter and temperamental soldier who gets into all kinds of bar fights and trouble after his marriage falls apart. As a result, he is recruited for a suicide mission to destroy a German airfield. It's a light-weight but enjoyable war film where Tano gets to star alongside American actor Aldo Ray, and he seems to be having a lot of fun fighting in bars and wielding a machine gun. 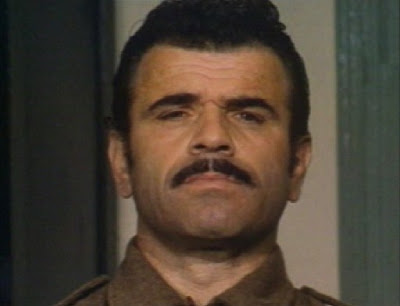 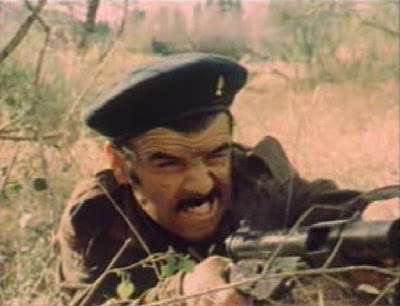 Tano at war in Suicide Commandos

In 1975, Tano Cimarosa would go on to make his debut as a film director with the sleazy giallo Reflections in Black (1975). He lined up an impressive cast headed by John Richardson and the delectable Dagmar Lassander, with a supporting cast made up of Ninetto Davoli (one of Pasolini's favorite actors), Magda Konopka, Giacomo Rossi Stuart and Daniela Giordano. Cimarosa also cast himself in the role of the police inspector's assistant. But in spite of its impressive cast, Reflections in Black has never been ranked too high among giallo fans. 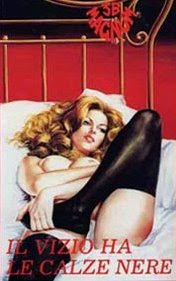 It is primarily for his second directorial feature that Tano has enjoyed some fan recognition. Two years after Reflections in Black he made Death Hunt (1977), a violent rip-off of Death Wish (1974) with a kidnapping plot and plenty of sleaze thrown into the brew for good measure. The top-billed star of the film is Al Cliver but he goes from being the lead to becoming a more peripheral character as the film moves along. Instead, Tano gives himself a meaty role once again. This time around he plays a character who is simply called... Tano! 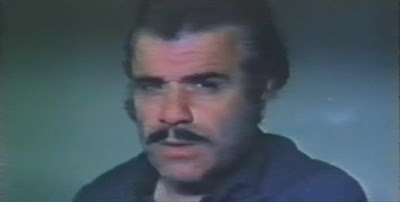 The plot is simple. After his kid is brutally killed, Tano loses it and embarks on a violent quest for revenge. He also ends up rescuing a kidnapped upperclass lady. Quite the hero! 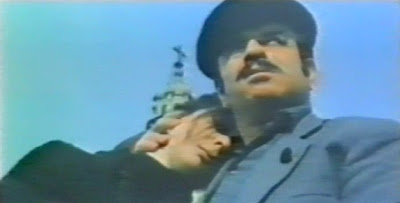 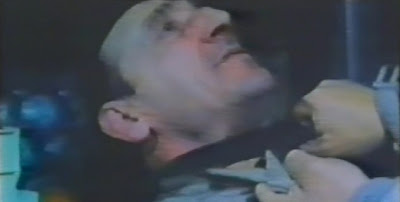 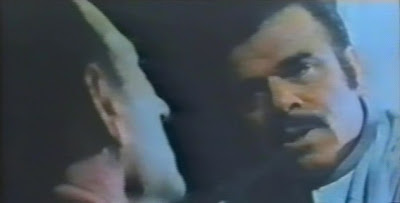 Tano the bad guy - no mercy for the criminals

Death Hunt is a cheesy as it is sleazy. In fact the trash factor is so high that if one didn't know better, one might mistake it for Turkish action film. It's highly enjoyable, though, and Tano has a lot of fun directing and starring. This time too he has managed to land an impressive cast: poor Al Cliver is cheated out of his leading role but there's plenty of fun to be had from seeing Paola Quattrini (Edwige Fenech's stupid friend in The Case of the Bloody Iris) as a rich woman who is kidnapped by a hooded gang of bad guys, sleaze favorite Rick Boyd, Ninetto Davoli (again), Zaira Zoccheddu (Miss Italy 1974 and trash actress extraordinaire) as Cliver's sister who is attacked and sexually abused, and an early role by Guia Lauri Filzi (who would go on to be one of Italy's most recognizable porno actresses of the early 1980s), who keeps her clothes on for a change. 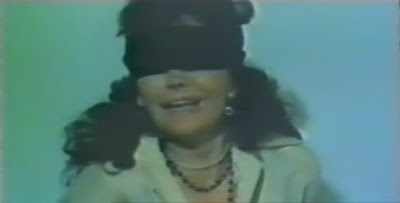 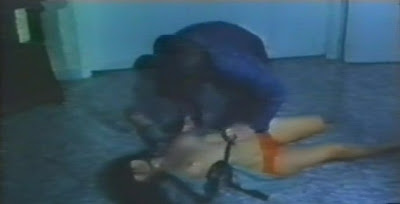 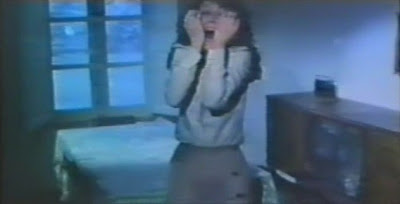 There's plenty of violent fun to be had in Death Hunt

Tano Cimarosa only director one more film, the obscure Uomini di parole (1981) with Leonora Fani and of course a role for Tano himself once again. But even though he abandoned his career as a director, Tano would continue to work as an actor - appearing in several memorable and well-received Italian films such as Cinema Paradiso (1988), A Pure Formality (1994) and The Star Maker (1995) - all for Giuseppe Tornatore.
A wonderfully, enjoyable actor who could always be relied on to play moustached, macho tough guys. We will certainly miss him.
R.I.P., Tano Cimarosa.
Lagt inn av Johan Melle kl. 13:50 2 kommentarer:

Here are some more of those fantastic French publicity brochures. First up is one from yet another Carroll Baker giallo, Umberto Lenzi's outstanding Orgasmo (1968): 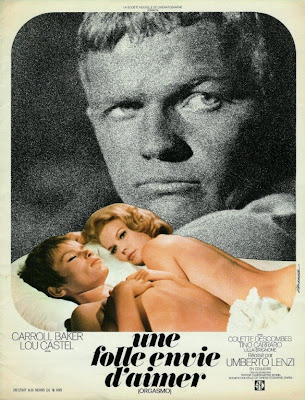 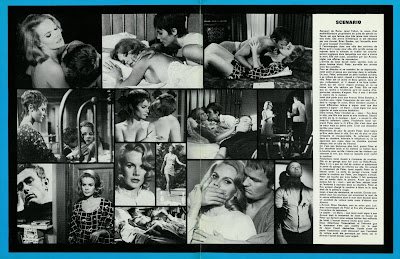 The inside of the brochure - with a plot summary in French. Notice how Baker's character is called Janet Fulton here. In both the English and Italian versions the character's name is Catherine West. 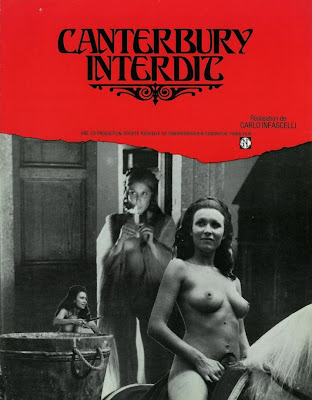 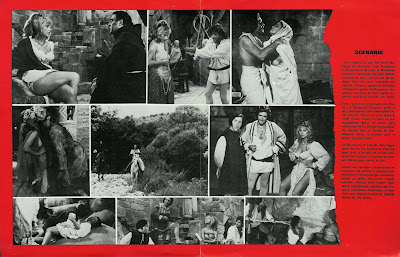 Again, there are lots of nice pictures inside but the best part is seeing a young Maurizio Merli (without his trademark moustache) as a cheerful troubadour: 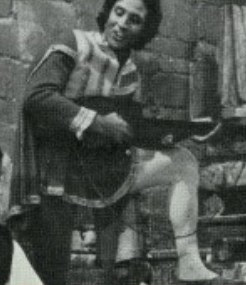 And, finally, Riccardo Freda's excellent Double Face (1969) under its French title Liz et Helen. Disappointingly, this isn't really a brochure. It's simply some good-looking poster work on the front and a synopsis with no pictures on the back. Still, this image of the unforgettable scene of Christiane Krüger and the mysterious veiled lady is a treasure in itself: 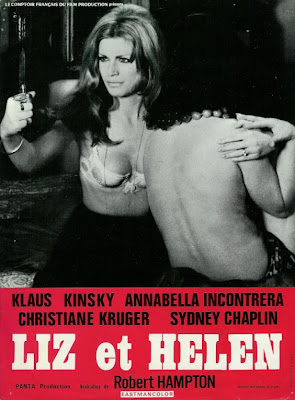 Sadly, I've been unable to update this blog much lately due to a hectuc schedule but I fully intend to post a lot of stuff very soon now - just as soon as I'm done with my big exam.

Anyway, I've recently been taken by French publicity brochures for old films. I've found several of these on eBay and they really are very nifty and cool. Typically, the front page is poster artwork for the film while the inside contains lots of nice pictures and a detailed plot synopsis.

I'm going to try to get my hands on more of these. In the meantime, here's a look at the French publicity brochures of two great Carroll Baker gialli - The Sweet Body of Deborah (1967) and So Sweet... So Perverse (1969): 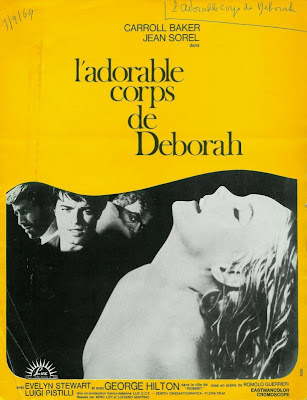 The front page of the Sweet Body of Deborah brochure with striking yellow colors - quite appropriate for a giallo. 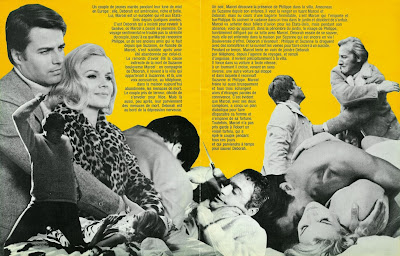 The inside of the brochure: more yellow, plot synopsis and a delightful collage of images from the film. Great stuff! 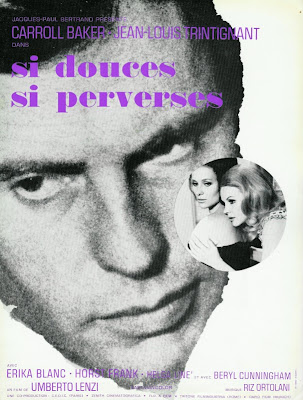 The brochure for So Sweet... So Perverse. Clearly, purple is the color this time around. 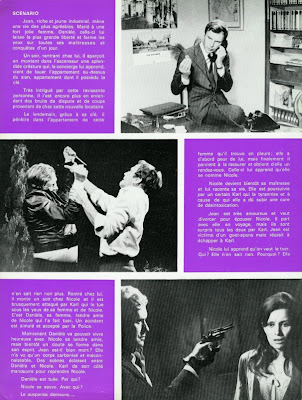 Complete with detailed synopsis. Better not read the text in these things if you haven't seen the films yet...