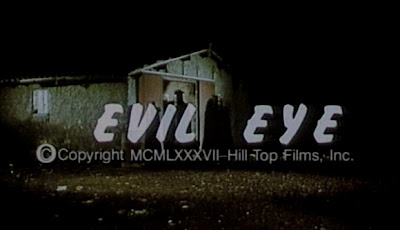 Evil Eye is about Peter Crane (Jorge Rivero), a hunky American millionaire playboy living in Rome. Peter is suffering from bizarre and unsettling nightmares, in which creepy, naked Satanists are compelling him to do bad things. Soon, things take a stranger turn when Peter’s girlfriend Tanya (Maria Pia Giancaro) drags him along to a fashion show, where he meets an attractive French widow named Yvonne (Lone Fleming). On hearing the name Peter Crane, Yvonne is visibly startled, and she reveals to Peter that she has had a strange dream in which her late husband appeared before her and told her she would be murdered by a man named – you guessed it – Peter Crane. At first, Peter suspects the whole thing of being a practical joke orchestrated by his party-loving pal Robert (Luis La Torre) but it quickly transpires that Yvonne is being completely serious. Intrigued and attracted, Peter ends up bringing Yvonne back to his big villa for some hanky panky. 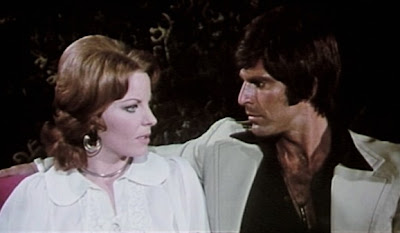 However, they don’t get very far before Peter is suddenly struck with an intense headache. A powerful storm sets in and blows the windows open, a sculpture starts to inexplicably move, a painting falls down and shatters a floral vase, and Peter’s eyes turn dark and sinister as he appears to go into some kind of trance. He menacingly approaches Yvonne and starts to strangle her...
Cut to a confused Peter waking up the next morning. Yvonne is gone and everything is back in order. The painting that fell down is back up on the wall, and the no-longer-shattered flower vase is back in its place. It’s as if none of the events from last night ever took place. Was it all just a bad dream? 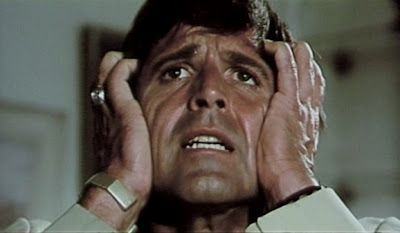 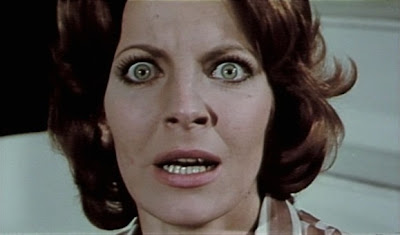 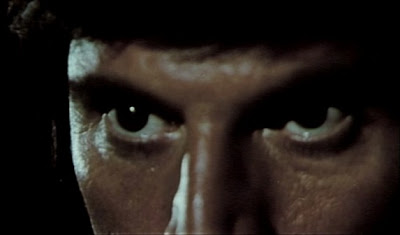 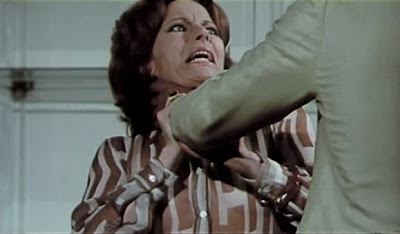 Peter murders Yvonne. Or does he...?

Unable to distinguish nightmares from reality, a concerned Peter contacts psychiatrist Dr. Stone (Richard Conte), an old friend of his father, and confides his concerns to Stone and his sexy colleague Dr. Sarah Turner (Pilar Velazquez). But while Peter is talking to the shrinks, Yvonne’s bloody corpse is fished out of the water. A seasoned police inspector (Anthony Steffen) is assigned the case and starts snooping around. 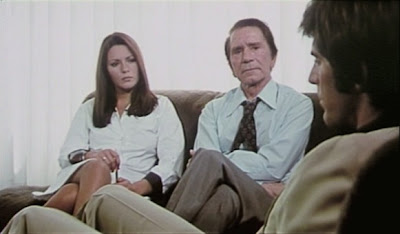 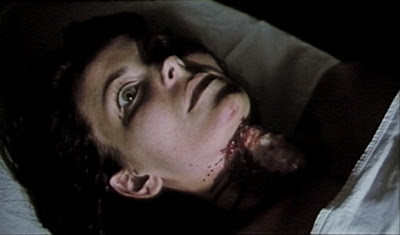 In the meantime, Peter is being subjected to all kinds of strange tests at Dr. Stone’s clinic, and it doesn’t take long for the sexy Dr. Sarah to lose sight off all professionalism and jump into bed with the hunky Peter. Which might not be such a great idea, because Peter continues to have disturbing nightmares. He also continues to get headaches, attack people and then black out – only to have the people he attacked show up dead shortly afterwards. Is Peter a deranged killer? Or is someone or something taking control over his mind and using him as a killing machine? Or is someone else doing all the killing?


This strange potpourri of giallo and supernatural horror is a real head-scratcher. It’s not the first giallo to employ supernatural elements, of course, as this had already been tried and tested by Emilio G. Miraglia in both The Night Evelyn Came Out of the Grave (1971) and The Red Queen Kills Seven Times (1972), as well as in Armando Crispino’s The Etruscan Kills Again (1972), but in all these examples a naturalistic force is revealed to be at work. As such, Evil Eye is – along with Giuseppe Bennato’s underrated The Killer Reserved Nine Seats (1974) – one of the very few gialli to uphold its supernatural angle throughout the entire running time. And that’s a fresh spin that actually works – at least for a while.

In one of the film’s most intriguing plot twists, it’s implied that all of the victims may at one time have gotten away with murder, and that the people they murdered are now channeling Peter from beyond the grave – taking control of his mind and using him as a vessel to exact vengeance on their murderers. Unfortunately, this plot point is rather clumsily handled and is never fully elaborated on, which is a great shame. 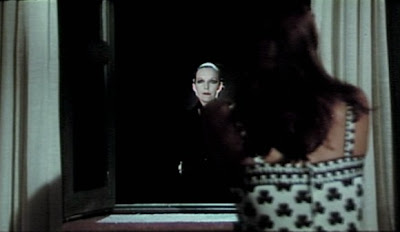 The revenge of the dead?

Sadly, the squandering of the above plot point is just one out of many serious flaws the script is saddled with. Several plot elements are never explained and the narrative is often fairly confusing – resulting in a viewing experience that is at times incoherent and frustrating. Now, there’s nothing wrong with a bit of ambiguity if that is the intention but I have a lingering suspicion that the indecipherable nature of the plot is a result of sloppy and careless screenwriting rather than artistic ambitions. To be fair, neither writer-director Mario Siciliano nor Spanish co-writers Julio Buchs and Federico De Urrutia had any prior experience working within the horror or thriller format, so one should perhaps not judge them too harshly. That’s easier said than done, however, since they foolishly chose to cap the whole thing off with a truly pathetic ending that completely undermines the rest of the film.

But in spite of these serious flaws, Evil Eye also offers a load of redeeming qualities. The film is very well-shot by Vicente Minaya, who in great 1970s tradition employs a lot of stylish shots and odd camera angles, as well as frequent use of Lucio Fulci-style close-ups of the actors’ eyes. Even better is the marvelous Stelvio Cipriani score, which is both catchy and eerie – channeling just the right mood for a supernatural chiller and lending a lot of atmosphere to the proceedings. And Mario Siciliano proves that he has a certain eye for memorable horror movie imagery, with some of the stand-out moments including an opening black mass with a sinister red monk, Peter’s creepy nightmares featuring pale, naked Satanists, and a freakish scene where Eduardo Fajardo vomits up a toad. Plus the kitschy décor, Peter’s funky disco-style wardrobe, the obligatory product placement of J&B bottles, and the impressive roundup of sultry Euro-beauties certainly don’t hurt the proceedings either. 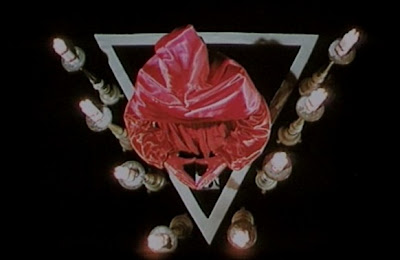 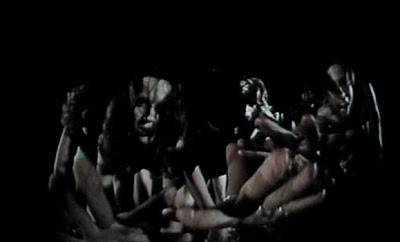 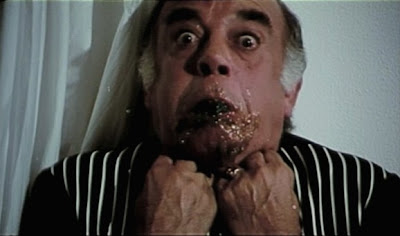 Being a co-production between Italy, Spain and Mexico, the film boasts a highly interesting assembly of actors. Mexican muscle hunk Jorge Rivero – whose interesting career includes everything from the Hollywood western Rio Lobo (1970) with John Wayne, to Lucio Fulci’s brainless sword and sorcery flick Conquest (1983) – is a slightly odd choice for the leading role of Peter but he makes a pretty convincing playboy and is quite quick to take his shirt off. Rivero looks really good here and he also does a good job of portraying the character’s bewildered confusion, although it’s hard to say whether or not this is due to great acting skills or because Rivero himself was downright confused by the screenplay. 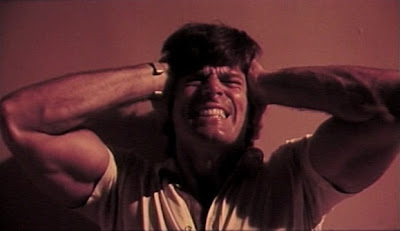 Richard Conte – best known from The Godfather (1972) – acts completely on autopilot as Peter’s psychiatrist. He no doubt signed on only to earn a quick paycheck but at least he doesn’t look as embarrassed here as he did in Cries and Shadows (1975). In the role of the police inspector, stone-faced Anthony Steffen is fairly inexpressive – just like he was in most of the spaghetti westerns he starred in. The great Eduardo Fajardo, however, puts in some real effort and is quite fun as Peter’s polite majordomo.

But the real stars of the show are the delectable female cast members, of which there are many. Spanish spitfire Pilar Velazquez looks absolutely ravishing as Peter’s seductive psychiatrist (she is perhaps too hot be convincing as a shrink but never mind), Maria Pia Giancaro drops her clothes at frequent intervals, and the elegant Lone Fleming (best known as the heroine in the Spanish horror classic Tombs of the Blind Dead) really makes the most of her limited part as the mysterious Yvonne. Only Daniela Giordano (who is almost unrecognizable in an unflattering, short wig) seems wasted in a small role as a woman who insists she has met Peter before. Another interesting actress in the cast is Spanish actress Terele Pavez, who plays the wife of Eduardo Fajardo’s character. Two decades later, Pavez would became a favorite of Spanish cult director Alex de la Iglesia, who cast her in several of his films – including the much celebrated horror film The Day of the Beast (1995). 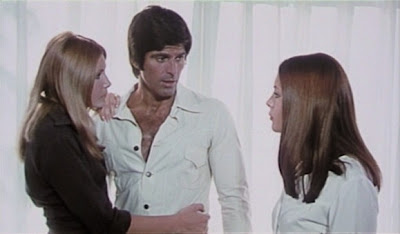 There's certainly no shortage of babes trying to use their charm on Mr. Rivero

Dubbing fans may want to take note of the fact that dubbing hero Ted Rusoff (whose voice will be familiar to most fans of Italian genre cinema) was in charge of translating and dubbing the film’s dialogue into English, and he also receives an onscreen credit for “additional dialogue”. Rusoff also performs the task of dubbing Jorge Rivero, and, as expected, his real-life wife Carolynn De Fonseca is also onboard – lending her breathy, feminine voice to the sexy Pilar Velazquez (a perfect match). You’ll probably also recognize most of the other dubbing voices (which include Edmund Purdom, Edward Mannix, Christopher Cruise and Silvia Faver), and that may be a good or a bad thing – depending on your point of view. Personally, I've grown very fond of the familiar English dubbing voices that recur in all these great films, and their amazing voice acting is an integral part of this whole 'Euro cult' experience.

Bottom line: There’s some really good stuff and great actors in Evil Eye but, unfortunately, the film isn’t as good as it could have been. Had the script been stronger and more emphasis been put on the plot point about Peter being used as a vessel for revenge by the dead, then it could have been a real winner. As it is, Evil Eye only gets a partial recommendation but it can still be a lot of fun if you're in the right frame of mind. 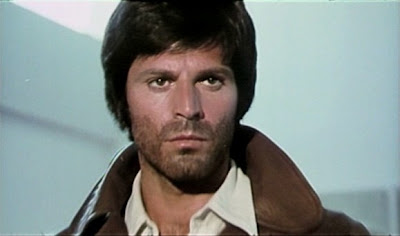 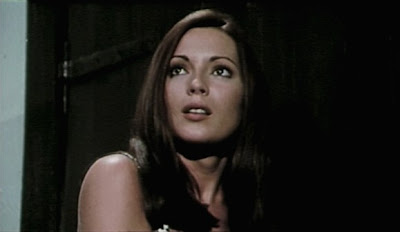 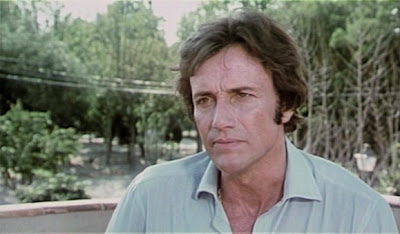 Anthony Steffen as The Police Inspector 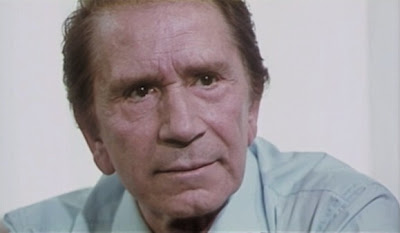 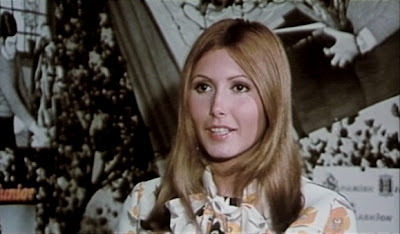 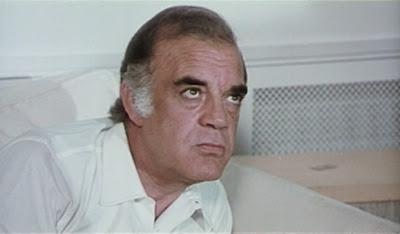 Eduardo Fajardo as Walter, the majordomo 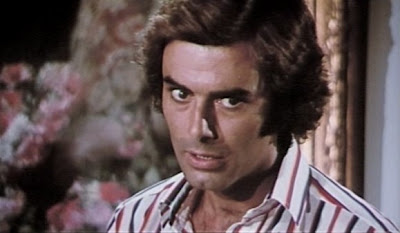 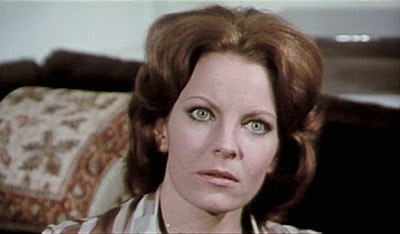 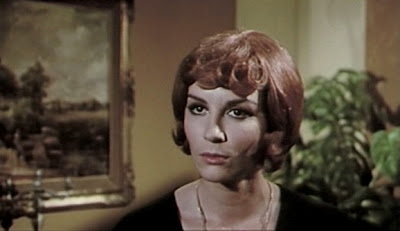 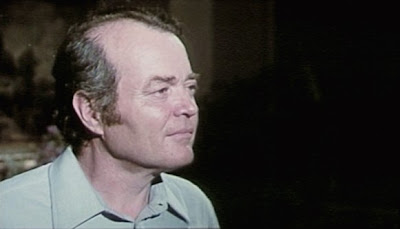 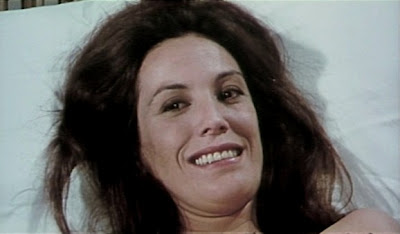 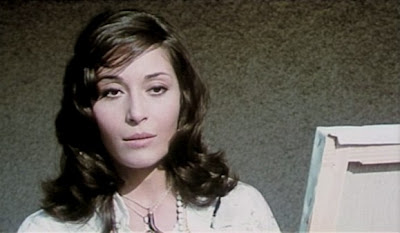 ??? as Martha, the inspector's wife 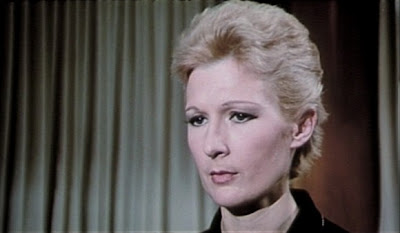