Five men and women are sharing a sleeping car on the night train from Marseille to Paris. The traveling companions are made up of an attractive raven-haired woman (Pascale Roberts); a sweaty, insecure-looking man in his 40s (Michel Piccoli); a completely nondescript man (Paul Pavel); a flashy, middle-aged actress named Eliane Darrès (Simone Signoret); and a very young and sweet girl called Bambi (Catherine Allégret).
All five of them are complete strangers and don’t engage in much conversation but while Bambi is on her way to the bathroom to get ready for the night, she witnesses the pretty, dark-haired woman and the sweaty, middle-aged man from the sleeping car arguing – apparently because the man has made an unsuccessful pass at the woman. 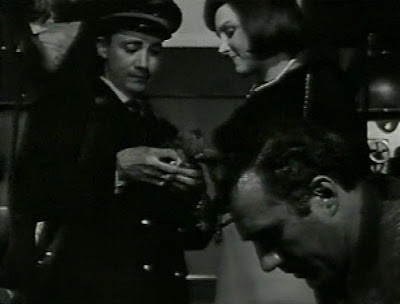 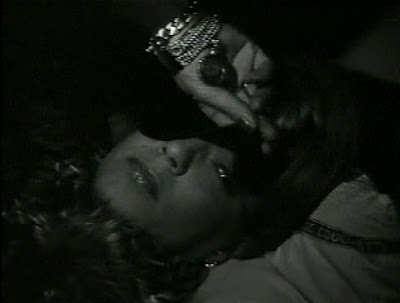 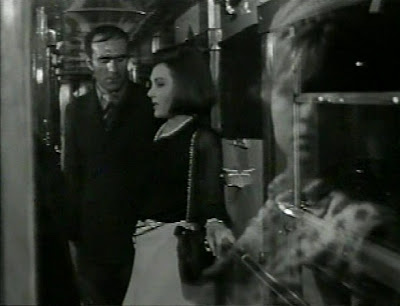 Bambi then comes across a young boy named Daniel (Jacques Perrin), a penniless guy who is a stowaway on the train. Finding him attractive, Bambi takes pity on Daniel and helps hide him while the train conductor is checking everyone’s tickets. She then tells him there’s an unused bunk in her sleeping car, and that Daniel should sneak in and spend the night there as soon as the others have fallen asleep.

The young, new-found friends go through with their plan and Daniel is the first to leave the sleeping car, early in the morning. However, when all the rest of the passengers have gotten off the train, the the attractive, dark-haired woman is found dead inside the sleeping car. 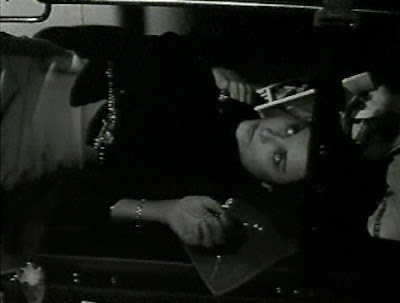 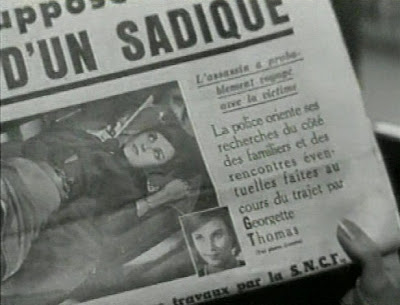 The woman, who it turns out was named Georgette Thomas, was strangled, and Inspector Graziani (Yves Montand) and his men are left with the difficult task of figuring out who killed her and why. The first thing they set out to do is track down the people who slept in the same sleeping car as Georgette. Unfortunately, someone else is out to find them too and it isn’t long before the sleeping car passengers are being murdered one by one – brutally shot to death by a cold-blooded black-gloved killer with a dark raincoat and a hat.
This suspenseful French thriller is the feature film debut of Greek-French director Costa-Gavras, who is better known for his heavily political thrillers. The Sleeping Car Murder, however, is adapted from Sébastien Japrisot’s 1962 novel The 10:30 from Marseille, and is a straightforward and highly engaging thriller without any political themes.

I find it strange that this film isn’t better known because it happens to be a terrifically suspenseful and impressively stylish film, with top-notch technical credits. Michel Magne’s rousing score sets the right mood, and the exquisite black and white cinematography by Jean Tournier is arresting and full of interesting and effective camera angles that create a sense of claustrophobia during suspense scenes. The tension is heightened by having the camera expose the imperiled characters in vulnerable positions as the merciless killer closes in. Unfortunately, the commonly available fullscreen versions of the film compromise the compositions somewhat.
The film’s relentless killer also warrants a special mention, seeing as he’s very giallo-esque in his appearance, with the requisite black leather gloves, long dark raincoat and a black hat. The killings themselves are very unlike the flashy, violent ones seen in subsequent Italian gialli as all the victims (save for the woman on the train) are shot to death but the murders are still surprisingly brutal and cold-blooded. All of the victims are taken by surprise and cornered in places from which they have no possibility to escape, and are then shot repeatedly until they are dead, with the killer taking sufficiently long pauses in-between shots to allow for the frightened victims to struggle around and stare in terror at their assassin. 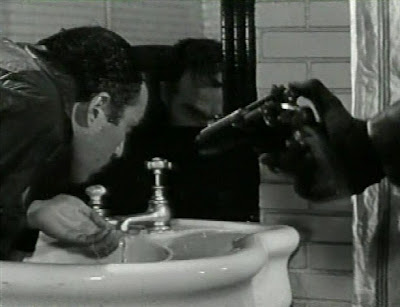 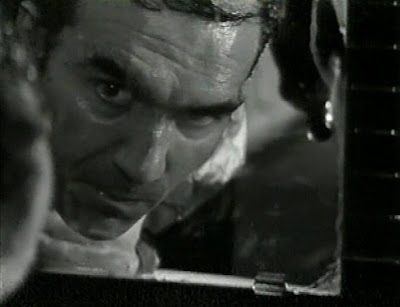 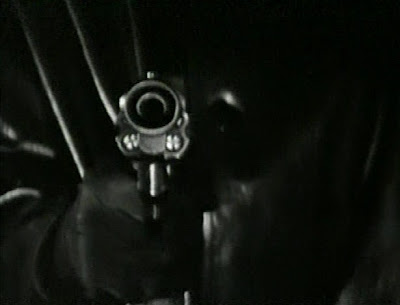 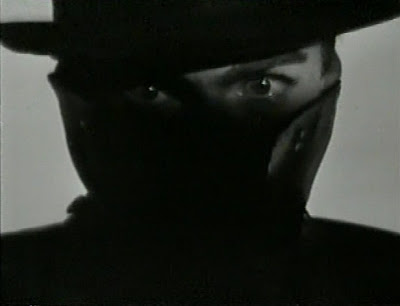 The giallo-style killer claims another victim

The cast is uniformly excellent, with the terrific Simone Signoret delivering the strongest performance as the ageing actress but still glamourous actress, who eventually comes across like a very believable and charming character. She receives strong support from her real-life husband and frequent co-star Yves Montand as the hardboiled noir-style cop on the case, as well as her real-life daughter Catherine Allégret as the sweet and innocent Bambi. Both Allégret and Jacques Perrin as the good-looking stowaway she falls for come across a tad too naïve but overall they are very sweet together as the young couple who find themselves caught up in dangerous business. Other stand-outs in the cast include a young Jean-Louis Trintignant as Signoret’s younger boy toy lover, and Michel Piccoli as the sweaty, creepy man from the sleeping car, who sees exposed female legs everywhere he turns.

Some of the film's outstanding actors: 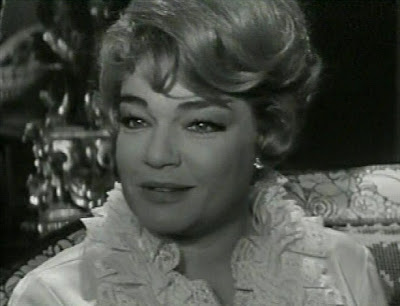 Simone Signoret as the ageing diva 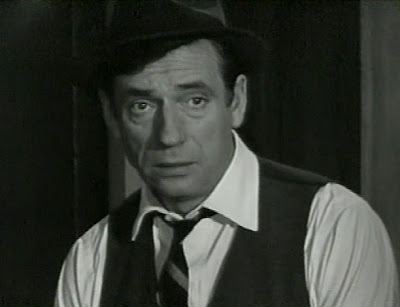 Yves Montand as the cop on the case 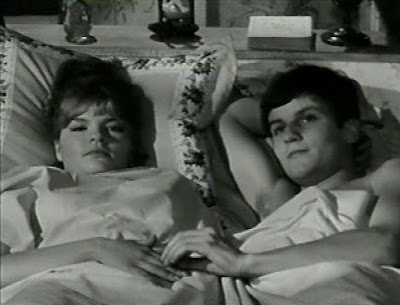 Catherine Allégret and Jacques Perrin as the young lovers 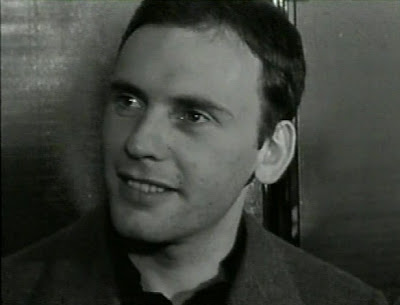 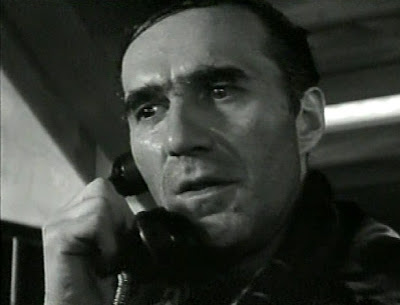 Unfortunately, not everything in The Sleeping Car Murder works quite like a charm. While the acting itself is very strong, the actual introduction of the characters should have been handled better. The problem is that it takes far too long before we learn the names of the characters. No one in the sleeping car are seen introducing themselves, and it isn’t until after the first murder has been committed that we hear the police discuss the names of the other sleeping car passengers as they are trying to track them down. Unfortunately, the viewers will not automatically be able to link the names being thrown out to the faces we’ve seen earlier. This can be a tad confusing at times and could easily have been avoided had the characters been introduced by names far earlier in the proceedings.

Furthermore, the police procedural scenes occasionally go on a bit too long and get a tad boring, thus breaking up the rhythm of this otherwise suspenseful thriller. Some of the cops are also a little annoying - at least in the English version, which is saddled with a bit of crummy dubbing here and there.

Another bizarre choice is giving some of the characters long inner monologues accompanied by flashbacks. While this admittedly gives the characters more depth, it also makes the film feel a little less taut. Additionally, these inner monologues come across rather awkward, and it should have been possible to find another way to deepen the characters. But perhaps the real problem at large here is that Costa-Gavras, who adapted Sébastien Japrisot’s novel himself, is simply being too faithful to the literary source by trying to copy the narrative structure very carefully? Inner monologues may work to good effect in a book but it really flows less smoothly on film. Japrisot's plot is excellent and has several good twists so it's easy to see why Costa-Gavras would want to stay faithful to his storytelling but he should, perhaps, have allowed himself to take some more liberties with the narrative structure and tried to convey Japrisot’s novel through a more film-friendly narrative. 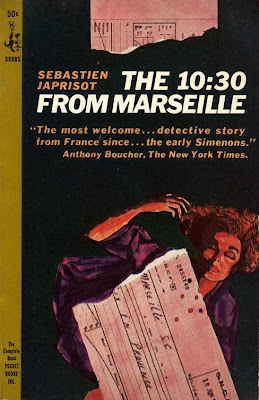 The book on which the film is based

Don’t let the above comments discourage you from seeking out The Sleeping Car Murder, though, because while Costa-Gavras may not have known exactly how to best adapt a novel for the screen, he most certainly knows how to create impressive set-pieces. The killings – as mentioned – are brutally effective and exciting, there’s a very thrilling and claustrophobic sequence where a character is trapped in a phone-booth, not to mention a surprising climatic car chase sequence through Paris. I was also impressed by an unexpected homosexual plot twist, which is quite unusual for a 1965 film, and it was probably considered very shocking at the time of its release. 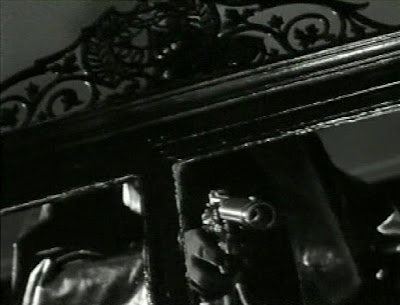 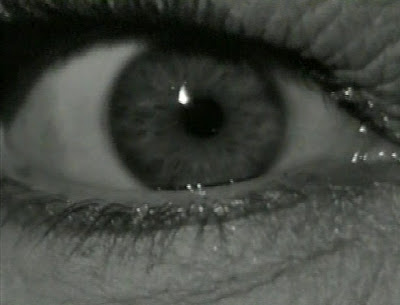 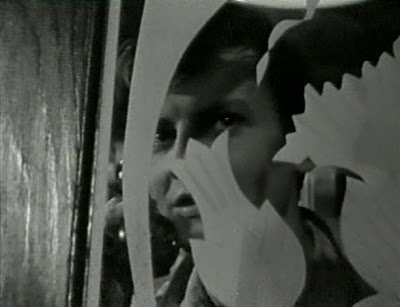 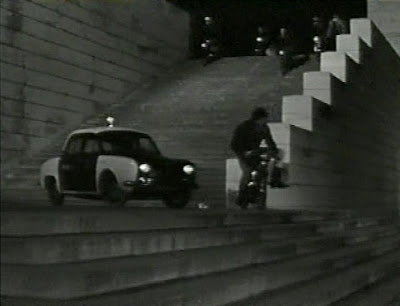 A car chase through Paris

All in all, this is a top-notch and exciting French thriller that gets a very warm recommendation in spite of a few flaws. In the years to come, other European thrillers based on the writings of Sébastien Japrisot would follow; including René Clément’s highly acclaimed Rider on the Rain (1969) with Charles Bronson and Marlène Jobert, and Anatole Litvak’s The Lady in the Car with Glasses and a Gun (1970) with Samantha Eggar and Oliver Reed.

Pierre Mondy as The Commissioner 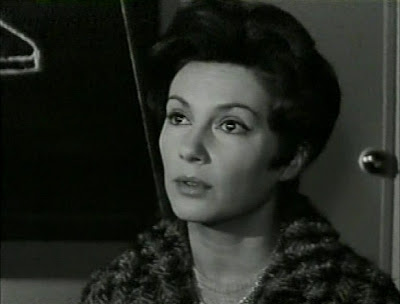 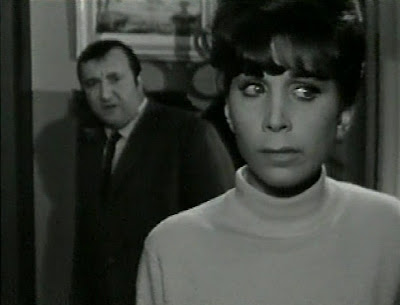