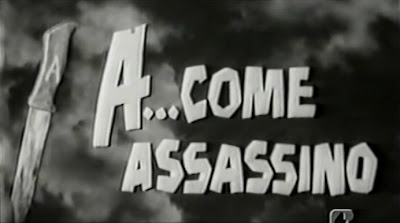 Over the years there has been no shortage of interest in the Italian giallo and lucky for fans these wonderful films have been well-represented on DVD but many of the earlier examples of the subgenre have not fared as well. It’s a shame that many of these early gialli remain so obscure because even though they lack several of the notable characteristics of the later films, they are still very interesting for aficionados.

A... come assassino is one of those early gialli and it is set in England in an old gothic castle. Fans of Italian horror cinema will be pleased to note that the castle in question is the famous Balsorano castle, where such horror classics as Bloody Pit of Horror (1965) and The Devil’s Wedding Night (1973) were filmed. Anyway, it all begins with the discovery of the body of eccentric millionaire John Prescott, who has been stabbed to death with a dagger. 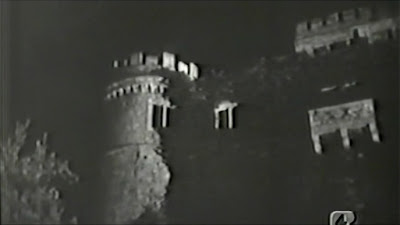 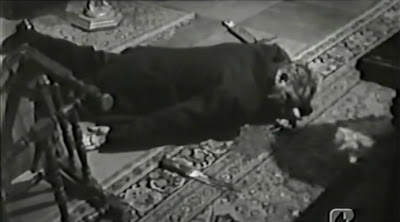 
The various family members gather at the estate for the reading of the will, and we quickly learn that they all despise each other and that everyone of them are likely suspects in the murder. Prescott’s heirs – seven in total – are made up of his sister Martha (Giovanna Galletti), a bitter, old widow; his only child, Julien (Charlie Karum), who is mentally retarded and prone to hysterical fits of laughter; conniving and seductive niece Angela (Mary Arden); distant relative Armand (Ivano Davoli), who also happens to be Angela’s boyfriend; temperamental and jealous nephew George (Ivano Staccioli), and his airheaded and flirtatious wife Adriana (Aichè Nanà); as well as Prescott’s faithful secretary Giacomo (Sergio Ciani). 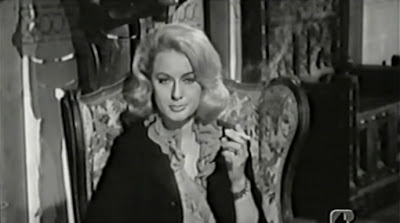 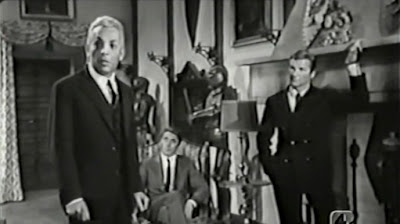 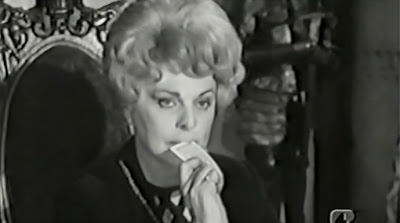 
There is no ordinary reading of the will, however. Instead, Prescott has left behind an audio recording of his last will and testament to be played for his heirs. In the recording he takes great delight in mocking and passing judgment on each of his relatives – revealing exactly how he feels about all of them. 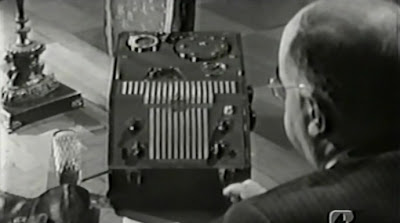 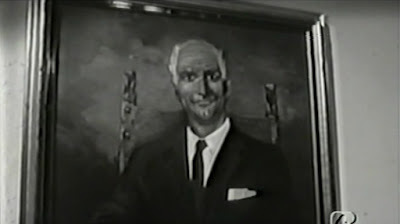 The last will and testament of John Prescott


Nevertheless, Prescott leaves all of his huge fortune to be divided equally among his heirs but there is, however, a diabolical little clause in the will. Before any of them will inherit as much as a penny, they’ll all have to live together in the family castle for a month. When a month has passed, up to three heirs may show up to claim the inheritance and it will be divided equally among them. However, if more than three heirs come to claim the inheritance, none of them will receive any money. It seems as if the sly old Prescott has found the perfect way to play a final, evil prank on his greedy relatives by pitting them against one another and pretty much inviting them to kill each other off. And, of course, that is exactly what happens as the Prescotts begin to plot, double-cross and murder each other – resulting in a bit of a Shakespearian tragedy, although decidedly less serious in tone. 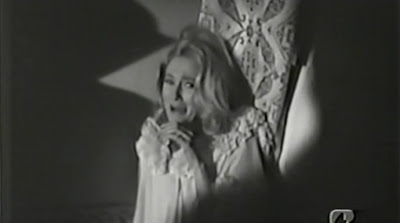 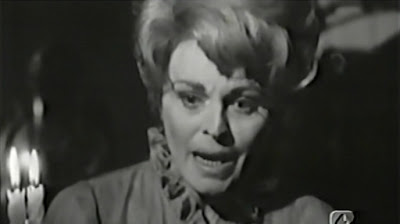 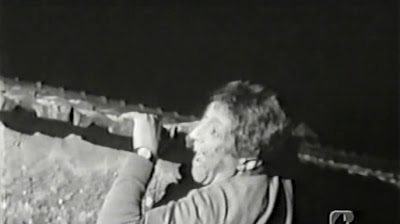 Death Comes as the End...


The title A... come assassino – i.e. A... for Assassin – refers to the film’s murder weapon, an old dagger with the letter “A” carved on its handle, which will eventually prove to play a very important part in the mystery. Apparently an English-dubbed version was prepared under the title M... for Murderer but this version is currently unavailable – having never received any kind of video release anywhere in the world. In fact, there doesn’t appear to have been any video release of the film under any language. As such it’s one of the rarer gialli out there, with the only version currently in circulation stemming from an Italian television broadcast, which is fairly nice-looking. 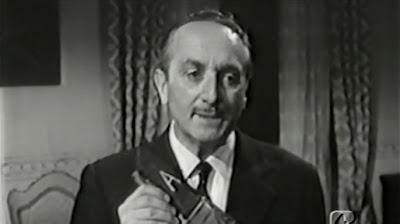 If an English version was prepared then the scenes featuring the dagger were probably shot twice. First using a dagger with an “A” carved on the handle as seen in the Italian version, and then with a dagger carved with “M” for the English cut.


Like other early black and white gialli such as Death on the Fourposter (1964) and A Game of Crime (1964), this plays out in a gothic castle but employs a contemporary setting and, other than the brief inclusion of some nightgown-clad ladies roaming the dark with a candelabra, it never really attempts to emulate the gothic atmosphere of the classic horror films. This may come as somewhat of a surprise considering that the film was produced by actor Walter Brandi, one of the great stars of the classic Italian horror film era known for his performances in The Vampire and the Ballerina (1960), The Playgirls and the Vampire (1960) and Slaughter of the Vampires (1962). 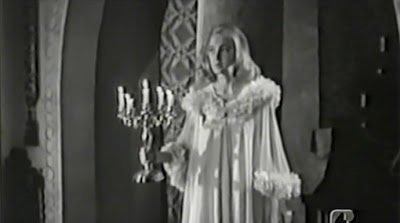 
While the inheritance plot set-up owes a fair bit to Agatha Christie, the story is actually a close adaptation of the 1957 stage play A... come assassino by Ernesto Gastaldi. The film’s theatrical origins are very much obvious as the plot is talkative and heavily stage-bound, with the action practically never shifting away from the old castle. That’s not to say that the film is boring, however, as Gastaldi, who would go on to become one of the most influential and reliable giallo screenwriters, is a solid scribe who knows how to set up an intricate and compelling mystery full of surprising twists. A... come assassino is no exception but the problem is just that it meanders along rather sluggishly in its first act.

The set-up in itself is quite pleasing, and the sequence where the old Prescott’s audio recorded voice mocks and criticizes his greedy heirs one by one is an absolute delight. But after this the film slows down its pace and gets bogged down by a series of dialogue-heavy scenes as the various characters take turns being interrogated by a police inspector who is eager to figure out the identity of the killer. The most mind-boggling scene of all occurs at the 40 minute mark when one of the characters looses it and is tormented as he thinks back on what has happened – cue a long three minute flashback montage of the various scenes we’ve seen thus far! An absurd, incredible moment that is absolutely ridiculous. Surely one of the all-time most pathetic attempts to pad a film’s running time, yet at the same time almost impressive for its sheer audaciousness. 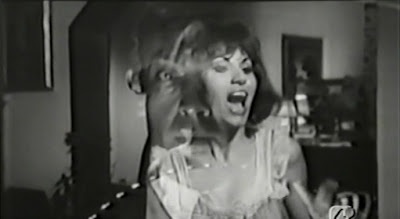 
Fortunately, A... come assassino starts to pick up steam in its second half as the various characters’ diabolical plots against each other start to play out, and it is here that we really get to witness Gastaldi’s mastery in creating ingenious surprise twists. I’ll readily admit that it’s all rather complicated and that the credibility is weakened with each intricate twist of the plot but, truth be told, this is a hallmark of the giallo and an integral reason why so many of us love these films. It’s great to see that these characteristic elements are already in place in this early entry in the giallo canon. It should be noted, however, that the other integral giallo hallmark – flashy murder scenes – is not evident here, so don’t come in expecting an Argento-style bloodbath.

But while the twistful plot is fun, the best part of the film undeniably comes in the form of the cunning misdeeds of its sexy Machiavellian female lead Angela, played by American actress and model Mary Arden. Arden dabbled in various Italian films in the 1960s – including a key role in Mario Bava’s seminal giallo Blood and Black Lace (1964) – but A... come assassino was her only leading role and she’s an absolute delight to watch as she deviously plots, seduces and pits the various other characters against each other. 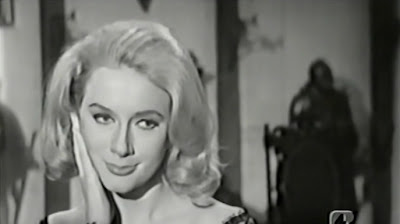 Mary Arden is awesome as the diabolical Angela


There are other interesting faces in the cast too, including peplum star Sergio Ciani, who under the anglicized pseudonym Alan Steel had enjoyed great success in the early 1960s by playing mythical muscleman heroes like Hercules, Samson and Maciste. The decline of the peplum genre in the mid 1960s meant the end of a lot of careers and several of these musclemen actors struggled to find their place in other types of films. This was to be Ciani’s only brush with giallo territory but he’s actually not as out of place here as I thought he’d be. He does a pretty good job and it’s refreshing to see him play such a smug and cynical character – a considerable contrast to the heroic roles he’d played in the past.

Other welcome faces include the excellent Ivano Staccioli – one of the most prolific and recognizable villains of Italian genre cinema – as the temperamental and possessive George, and the wonderful Giovanna Galletti – famous for her roles as the nasty Gestapo lesbian in Roberto Rossellini’s Rome, Open City (1945) and as Baroness Graps in Mario Bava’s Kill, Baby... Kill! (1965) – as the mysterious Aunt Martha. And if you keep your eyes peeled you’ll notice Giovanna Lenzi, who years later would go on to direct the infamous giallo schlock-fest Delitti (1986), in a tiny and early role as a maid.

It would be great if the English version would surface someday because even though A... come assassino is a flawed film and by no means an essential giallo, it is a charming and enjoyable little film. Definitely worth a look if you are interested in early examples of the giallo. 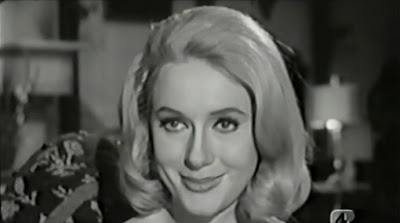 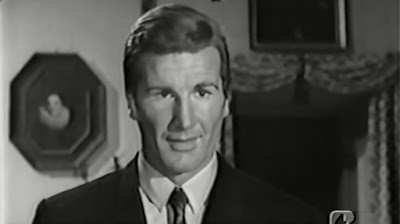 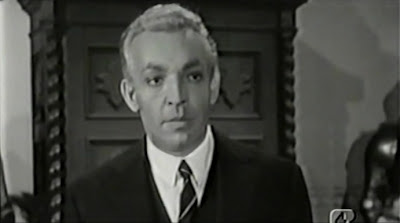 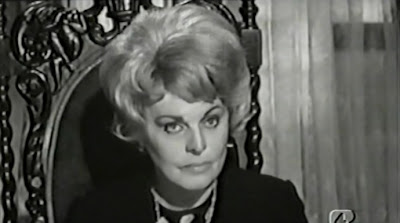 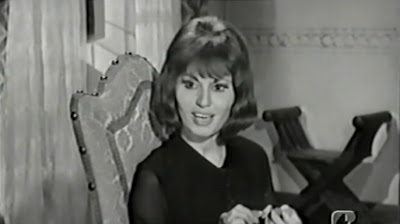 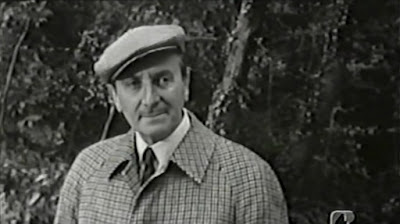 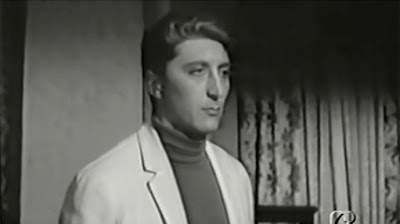 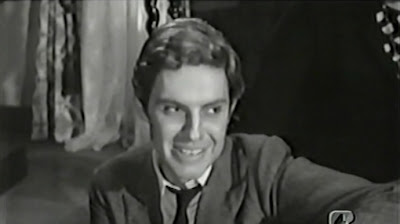 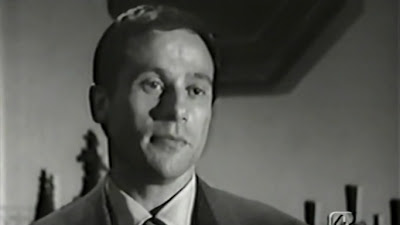 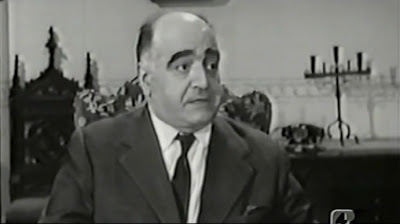 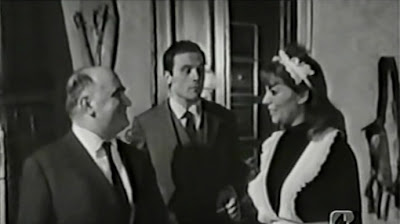 Giovanna Lenzi as Mary, the maid